Makar Sankranti 2022 is the first big festival celebrated all across India. This festival symbolises India, as India is known as unity in diversity because of our various cultures. You will be amazed to know that every state has a different name of Makar Sankranti, and the festival is celebrated in other ways. Though the festival goes by a different name, how it is celebrated varies slightly from place to place and state to state. The underlying significance is almost the same. Makar Sankranti, at its core, is a festival to celebrate a celebration of bumper harvest. Also, it has a geographical significance as Sun begins to travel northwards, meaning the Sun starts to move from one constellation to another, marking the end of the winter season, and days start getting longer. This is why this festival is considered auspicious and a new beginning of the year. Also, in many areas, this festival is known as Uttarayan, the beginning of an auspicious period.

Astrological Significance & Reason Why it is Considered Auspicious?

Sankranti happens every month when the Sun passes from one sign of the zodiac to the next. In total, there are twelve Zodiac signs. All of them are important, but the two are the most important, the Mesh (Aries) Sankranti and the most important, the Makar (Capricorn) Sankranti. The Makar Sankranti is the transition of the Sun from the Mesh (Aries) Sankranti to the Makar (Capricorn) Sankranti. This festival is celebrated in the Hindu calendar month of Magha. Another significance is that the day starts to become longer after this date and the exit of the chilling winter. On this, many people do charity (It is said that the yield of donations is many times more than the rest of the days), worship God and take a bath in holy water. Same as every years the Makar Sankranti will be celebrated on 14th of January. What are your plans this year? Even if you don’t have any plan start something new this year.

Also, during this time, farmers prep for sowing seeds, so they worship the God of the Sun for a good harvest, a good time to clean all your sins and bring hope, peace and prosperity.

There is an incident or a myth related to this festival. It is said that there was a monster named Sankarasur who used to torture and kill innocent people. Upon hearing this, it is said that the Goddess Sankranti came to Earth and killed the devil. Also, this day is seen as a victory of Lord Vishnu over the Asuras as he killed the demons on the Earth and cut off their heads. Since then, this festival has been celebrated. Uttarayan is traditionally a period of divinity and a new beginning. It is derived from two Sanskrit words, ‘Uttara’ or north and ‘Ayana’ or movement, indicating a northward movement of the Sun as discussed above.

It is believed that if you take a bath in the Ganges on this day, you can get rid of all your trouble. Makar is also the onset of the harvest season as the spring season rolls after this day in India. The festival has different names in different countries, such as Lohri in North India and Pongal in Southern regions. Also, girls In Karnataka dress up in brand new clothes and exchange gifts. In many parts, men and women make beautiful and colorful Rangolis are drawn in front of homes on the day of Sankranti to welcome guests and goddesses. In Rajasthan, North Karnataka, Maharashtra, Gujarat, etc., colorful kites are flown that you can witness on this day. 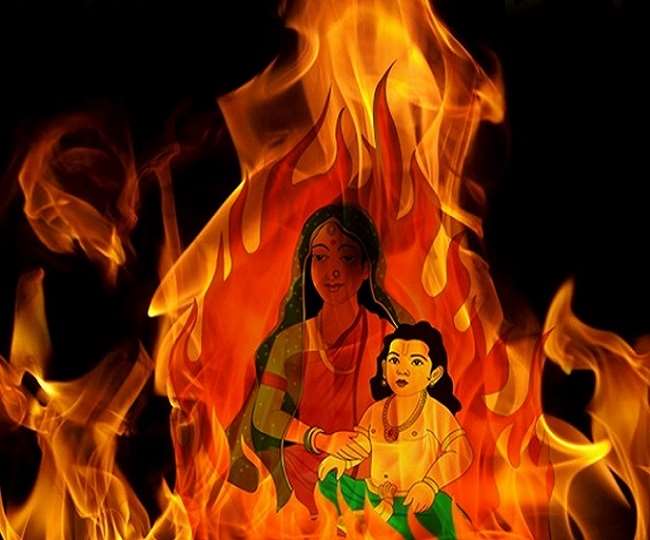